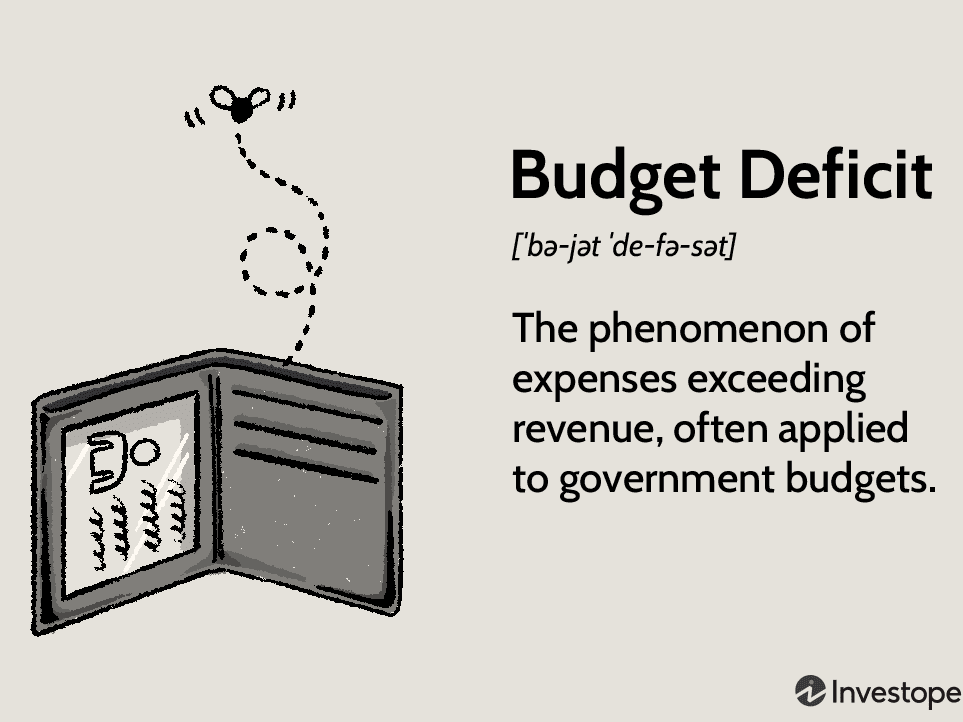 You may be asking yourself, “What is deficit financing?” Before you can answer that question, you must understand what it is and what the implications are. In this article, we will define what deficit financing is and why it is important. We will also discuss some of the sources of deficit financing. Let’s begin with an example.

What do you mean deficit financing?

A deficit is the amount of money spent by a government that exceeds its revenue. It is the opposite of a budget surplus, and can apply to any organization, government budget, or individual budget. It can also refer to an organization’s long-term finances. Deficiencies can be large or small.

A government can use deficit financing to make up the difference between its income and expenditure. It can borrow from the public or the central bank to make up the difference. The main purpose of deficit financing is to balance the budget by ensuring that the overall government’s expenditures match the overall income. It is an important tool for the government to use when faced with a shortfall in revenue.

Deficit financing is a common financial instrument in developing nations, but it should be used with care. Ultimately, this form of financing can lead to inflation and economic instability. It is relatively painless, but it is prone to inflation. A government that finances a deficit will increase its money supply through the multiplier effect, and this will fuel inflation.

What is deficit financing and its importance?

When governments spend more than they generate through taxation, they must borrow money to cover the deficit. This money can be raised by selling government securities, such as national savings certificates. People who purchase these securities usually withdraw their money from bank deposits, and this causes the amount of liquid assets to fall. Governments can also borrow from the central bank or commercial banks in order to cover the deficit. This will increase the amount of money available for government spending.

Deficit financing is a common short-term solution for governments, as it is a convenient way to marshal resources. The government has been seriously using deficit financing since the Five Year Plans were first introduced in India, and it occupies an important place in any program of planned economic development. It has been a necessity in some countries, such as those in the developing world, because of low incomes.

However, it must be understood that deficit financing tends to widen income inequality. This is because it creates excess purchasing power and raises prices. As a result, the rich get richer and the poor get poorer. This creates a social injustice situation. While all forms of deficit financing are not necessarily damaging, there is some debate as to whether they are appropriate for our economy.

What are sources of deficit financing?

Deficit financing is a form of government spending that stimulates the national economy and ends recessions. It works by boosting the demand of businesses and making them hire more people to meet this demand. It also reduces unemployment and increases spending by employees once they get a job. However, it’s not only the government that utilizes deficit financing. Private businesses also engage in it.

The concept of deficit financing has been around for many years. It was first articulated by John Maynard Keynes, but economists from then on have hailed its benefits. But when done improperly, it can be a potentially dangerous financial strategy. It’s not the best solution to every financial dilemma, but when done properly, it can improve the financial status of a country or business, and enhance the quality of life of its citizens.

The downside to deficit financing is that it leads to inflation. This increases prices in the domestic economy, which in turn demotivates investors. It also leads to an increase in income inequality. In addition, it can distort the investment pattern, causing investors to invest in industries that produce fast profits but do not contribute to the economic development of the country.

What is an example of a deficit?

Deficit financing is a financial tool used by governments to fund budget deficits. When a country’s total expenditures exceed its total revenue, it has a deficit. The federal government borrows money to cover this deficit. This process increases the national debt, which is currently above $20 trillion. The debt is issued as Treasury securities, which have interest attached to them.

A structural deficit can be intentional or unintended. Sometimes, it is caused by poor economic management or by a general lack of economic capacity in a country. A government may plan a structural deficit to invest in the productive potential of its economy. For example, it might spend money on public infrastructure, education, and transport. This type of deficit is temporary, as the return on investment is expected to offset the deficit over time.

Governments often run a deficit during a recession to stimulate the economy. A deficit increases the money stock in the economy, which leads to increased demand for goods and services and an increase in GDP. However, a deficit can devalue the domestic currency. In addition to being bad for the economy, running a deficit for too long can actually reduce a company’s value and force it out of business.

What is the main objective of deficit financing?

Deficit financing is a tool that governments use to meet their financial obligations. The government can borrow from the public or commercial banking system to cover its debt obligations. It also uses other methods, such as selling government securities. This allows the government to raise more money to use for development. This method can help countries overcome their shortfall in funds, offset the negative effects of a depression period, or prepare for wartime expenditures. It is also used to upgrade the nation’s infrastructure.

Deficit financing is a great way to encourage economic growth in countries that have underdeveloped economies. It can generate multiplier effects on the economy by utilizing underutilized and unemployed resources, which increases income and employment in the economy. As a method of financing, deficit financing is inflationary, but this mild inflation can be beneficial to the overall economy.

While deficit financing has many advantages, it can also lead to economic instability and inflation. It is a relatively painless way to raise money, but it is also a highly inefficient method of raising money. The increase in money supply stimulates aggregate income through a multiplier effect, but the increased spending fuels the inflationary spiral.

What are advantages of deficit financing?

But while there are advantages and disadvantages to deficit financing, it should be used only to finance essential needs of the economy. It should also be kept within acceptable levels to avoid inflation. While deficit financing is essential for economic development, it should be done carefully. There are many factors to consider, such as phasing and the level of the deficit.

The government’s ability to spend the money it borrows can boost the economy and boost potential output. This means that the government can invest in projects that will create more jobs. This can also attract more investors to the country, thereby increasing its economic growth rate.

When a country is running a deficit, prices tend to rise and the purchasing power of money increases. This raises the overall price level and encourages people to engage in speculative activities. This then leads to inflation. This is a vicious cycle which is difficult to escape. Inflation is a problem for the economy and it has to be dealt with in a variety of ways.

Moreover, deficit financing reduces the amount of available capital in the economy. This means that the national debt grows faster than the government can pay it back. The Federal Reserve could monetize the debt, but this would only increase inflation. Furthermore, the sale of government securities is directly linked to the interest rates on these securities. Government bonds are safe investments and therefore the interest rates are relatively low.

Deficit financing is a tool used by governments to stimulate the economy and increase the demand for output. This helps businesses hire more workers and lower unemployment rates. It also helps restore consumer confidence, which makes people more likely to purchase goods and services. However, this policy has some disadvantages. For example, a deficit can lead to higher taxes.

The main purpose of deficit financing is to provide funds that are greater than the government’s actual budget. It is often used to offset the effects of a depression or wartime period by encouraging additional investment in the country. It can also be used to fund upgrades to the country’s infrastructure. While government use deficit financing, private businesses can also utilize it.

However, the disadvantages of deficit financing may outweigh its benefits. Inflation and economic instability are two major disadvantages of this policy. Inflation increases the cost of production, which is detrimental to investment. As a result, the poor become poorer and the rich become richer. Inflation also causes income inequality to rise, which is counter-productive to economic development.